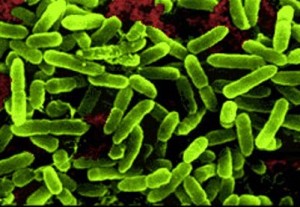 Probiotics as supplements have been touted as a “cure all” for digestive issues, regularity, immune support, quelling yeast, diarrhea and regulating brain chemistry, even the most mainstream of doctors are recommending them for their patients.  If you have been into natural medicine for a while or are just getting your feet wet, you have undoubtedly heard about probiotics. The truth is they are a core aspect of health and recent research supports the many beneficial claims. In TCM our Large Intestine is considered the “seat of immunity”. In Western thinking our “gut” is our second brain and is actually the site of synthesis for neurotransmitters and immune cells that protect us from bad microbes that can potentially take root in our bodies like E Coli and Heliobacter Pylori.  Although many things can affect digestive health, we could all use a bit of help increasing our good bacteria in order to outweigh the bad. So heres the skinny and what you should know so you can make the best choice for your family.

Probiotics were not recently invented. The idea of a probiotic has been around since lactic acid bacterium was discovered by Louis Pasteur in 1857. Lactic acid is used as a base for producing lactobacillus acidophilus today. In 1907, Elie Metchnikoff, a Russian scientist working in the Pasteur Institute in Paris, developed an interest in the differences in the lifespan of villagers in Bulgaria who drank a fermented drink of yoghurt.  This drink made from sour milk was fermented with a single strain of bacteria, which he named Bacillus bulgaricus.  This was later renamed to Lactobacillus bulgaricus.  In 1989, probiotics were described by a note worthy veteranarian as “live microbial feed supplement, which beneficially affects the host animal by improving its intestinal microbial balance”. He stressed two important facts of probiotics: the “alive” symbiotic nature of probiotics in the digestive tract and their capacity to inhibit pathogenic bacterial growth in the host. Hmm, sounds like a natural “antibiotic” doesn’t it?

We build our “intestinal fortitude”, (aka our “Gut Biome”) in the womb and beginning at birth. How we come into the world gives us our first exposure to bacteria. Vaginal births expose us to our mothers flora-good, bad or neutral. Our first feedings (breast or formula) add the next layer of probiotic strains that introduced or encouraged. Followed this up with our history of prescriptions-antifungals, antibiotics, meds and vaccinations and then our very first solids.  What happens in the first year of life can profoundly set the stage for the digestive system that carries us forth in life. If there were some bumps along the road, that information will be another consideration in your probiotic choice.

The 4 Families of Probiotics

There are approximately 30 species of bifidobacteria. The make up approximately 90% of the healthy bacteria in the colon. They appear in the intestinal tract within days of birth, especially infants that are breast-fed.

As with all probiotics, more research is needed to prove a definitive benefit, but studies have shown that bifidobacteria can help with IBS, dental cavaties, improved blood lipids, and blood sugar.

These are the additional ingredients such as Glucommannan, Pectins, FOS (Fructooligiosaccharides) and enzymes that act as “food” for the strains of beneficial bacteria as they are introduced into the digestive tract.

Qualified experts have assessed several probiotics for GRAS status. As of January 2012, the following GRAS notifications for probiotics are on file with the FDA:

← Probiotics for Women, Children and Infants
Natural Cold and Flu Remedies to Add to Your Routine in 2018 →